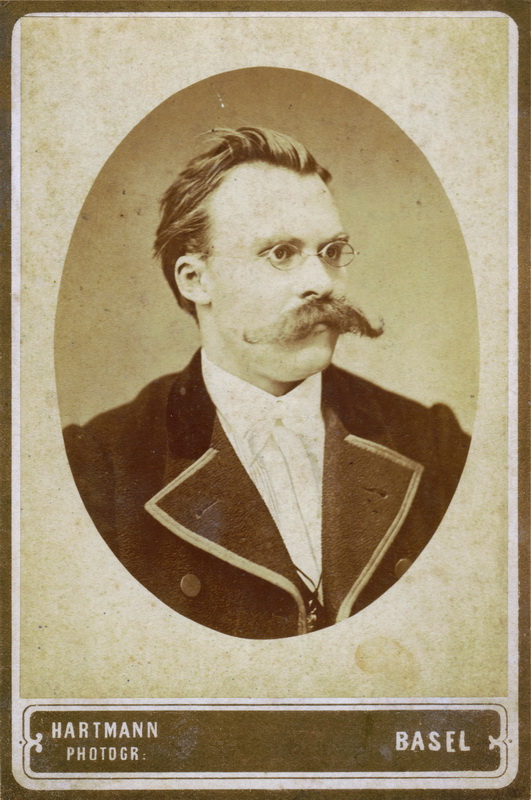 So here’s something odd: 2 — count ’em — 2 mentions of Friedrich Nietzsche in the same section of the New York Times on the same day, May 26!

First, when the hell does the NYT ever talk about our favorite 19th Century syphilitic philologist? Actually, fairly often. In fact, over the last three years, Nietzsche’s name comes up about 75 times per year.

So Monday morning, I crack open the Arts section and read the lead article about a new film called “Clouds of Sils Maria.” The article explains that this Swiss town is the famous place “where Nietzsche first came upon the idea of eternal recurrence.” Hmmm. Okay.

I sigh to myself about the decline of the New York Times and wonder if writers Manohla Dargis and Alexis Soloski happen to sit in adjacent cubicles, or maybe just had lunch together that day and chatted about you-know-who.

Now, mind you, I sadly admit I never liked Manohla Dargis’s work. As a longtime resident of Los Angeles, I tried to read her movie reviews in the L.A. Weekly again and again and typically felt more confused about the film than when I started. I always ended up with no idea whether she loved or loathed the film in question. She vaguely pointed out a few good things and a few bad, danced around the big issues, then suddenly ended her review.  Was she simply too wishy-washy to commit to an opinion, or was she just a nervous resident of the industry’s company town? Either way, with little interest in her work, I stopped reading and started ignoring. Ah, much better.

But then she stepped up to the big leagues — the NYT. She inexplicably got the call.  I watched to see if she would feel braver and do what a critic is supposed to do.

So as usual, her review focuses on how no one at Cannes can tell whether this movie stinks or is great. Perfect theme for Ms. Dargis.

BTW, yes, nitpickers, the quotes are not exactly the same.  But the big guy used both “eternal recurrence” and “eternal return” (“die ewige Wiederkunft” and “die ewige Wiederkehr”) at different times in subtly different ways.  So maybe our reviewers are indeed deep thinkers, experts in Nietzschean nuances.

In any case, keyword “Nietzsche” must be trending in Google Analytics, so expect to see more mentions in the Times.

They better act fast.  Since the Prussian egghead has been mentioned only about 25 times so far this year in the paper, we’re heading for a projected total of 60, way off the norm. Is his star on the decline among journalists (and/or playwrights/filmmakers)? Keep reading.