Just read another terrible review from Manohla Dargis. It is about an Israeli movie about a divorce. Her first word is that it is “hypnotic,” but soon we find out that the movie has few courtroom dramatics, is “dialectical,” and comes across as a “debate.”

If that doesn’t sound like a non-cinematic snoozer then I don’t know what does. In the world of criticism, the word “hypnotic” usually indicates the audience is spellbound, but it seems that her ongoing usage problems lead her in the opposite direction. She means “hypnotic” in the literal, medical sense, as a soporific.

But wait.  Her ultimate conclusion is that this movie “makes for a gripping cinema from start to finish…” Okay, that makes absolutely no sense.

Oh, I’m sorry: hypnotized, I didn’t finish reading her sentence. As in the past, Ms. Dargis ends her own sentence by tailing it with “almost implausibly so” as an ultra-convenient hedge. She seems incapable of choosing a criticism without then deconstructing it almost immediately. So first it is horribly boring, not unlike a barbituate, but in the end it is “gripping cinema,” yet, jeez, that sure seems implausible even though she just said it. Which is it, Manohla? You can’t have both.

If your idea of film criticism is that the criticism itself should be oozing with ambiguity, leaving the reader stuck to the paper, I think you should consider another business. Your goal as a journalist, as opposed to a theorist, is to let your readers know whether to see or not see this film. These reviews are of no help whatsoever. To constantly say it’s good, yet it’s bad, or it’s not that good, yet there are some bright moments… is to leave me, the reader, with a giant question mark over my head.

This is of no use to your readership, the movie-going public. I think you may prefer teaching at a university in a liberal arts program where ambiguity is embraceable. A good review can certainly discuss the movies inherent ambiguities, but a conclusion is still warranted. For example, “despite all of its flaws, this movie is well worth seeing.”  Fine, then I’ll decide. Ultimately, the reader will take responsibility to decide if they generally agree with the writer’s review or they don’t. For many years the critics Peter Travers and Elvis Mitchell were very trustworthy. Many people happened to agree with their judgments a large percentage of the time. You will never reach a position like that as a reviewer, because I, and perhaps others, don’t know what you said! This would be called “bad writing” in my view. One could almost say that by hedging your bets so consistently you’re merely trying to protect your job. And you have done so. It’s only your hundreds of thousands of readers who have suffered while you maintain your career. How sad.

I’m not even sure how to approach this one.

I’m reading this article in last Saturday’s paper with great interest, until halfway through it, I realize I’m not reading what I think I’m reading.  The subject?

What?  Wow, she must’ve been pretty damned old.  After all, I think of Mickey Spillane as the ultimate hard-boiled detective writer of the ’40s and ’50s, creator of many noir outings in both book and movie form. I figured he was long dead, so she must’ve been pushing 100.

So I do the math, and figure the tough guy must’ve enjoyed his newfound wealth and fame and married a hot, young 21-year old as he approached the cusp of 40. Yeah, that kind of adds up. Tough guy and gun moll. Probably a new convertible thrown in for good luck…

Of course in the wedding picture, Mickey looks kinda boyish at 39… but the bride looks the right age, and “in the role that introduced her to the public eye more than half a century ago, she was a wife.” Okay, so she was famous because she married a famous guy. On the other hand, here’s something about Mickey being involved with “the neighborhood rackets.” Ohhh, so that’s where he got his authenticity from, he was a bad guy himself at one time. Great story!

Their granddaughter eulogized about the happiness of the famous couple until her grandfather passed away, so Mickey did predecease her by a number of years. That makes sense.  They maintained wedded bliss until “he was shot and killed.”  What?  The famous author Mickey Spillane died a violent death? So his wicked past must have finally caught up with him.  Another great story!  Who knew?

And now we see a photo of her son–Mickey, Jr.’s–restaurant “Mickey Spillane’s” on 9th Ave. in Hell’s Kitchen, sporting an appropriately hard-boiled logo of a morose gumshoe. Reminds me of the now-defunct “Mickey Mantle’s” on Central Park South and for some reason the now-defunct “Grampa’s” on Bleecker (owned by Al Lewis of “The Munsters”). I guess there’s nothing wrong with capitalizing on Grandpa Spillane’s name. And there, she ate lunch every day with pride.

Huh? What was that?

… are you kidding? I re-read from the top.  Apparently, there was some minor gangster who also happened to be named Mickey Spillane. He had nothing to do with the famous writer Mickey Spillane.  He was some dude named Michael who, by chance, was called “Mickey.”  Are you following me?

This woman in the article has NOTHING whatsoever to do with famous writer Mickey Spillane. None of these people do!

What is wrong with this newspaper?  What is wrong with the writer of this assinine piece?  His name is Michael Wilson, just to let everyone know:  BUYER BEWARE.  I felt like calling Mike on the spot to ask what the hell the point of this article was.  If the dead woman was named Marge Zdzinski, guess what, no article. Then again, maybe I’m the dumbass here and missed something crucial in the article.

I look up the real Mickey Spillane. He died in 2006.  Not even close.  He married a woman named Mary Ann. Then someone named Sherri, then Jane.

What a scam.  What a rip.  Seriously, Michael Wilson, get a real job. Shame on you, New York Times. I want my 15 minutes back.  Idiots. 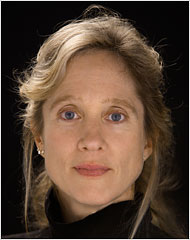 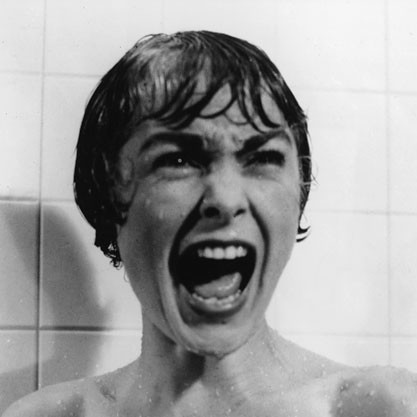 Ms. Meeker… dismissed talk of a growing bubble in Internet stocks, despite screaming valuations for private companies… [my emphasis]