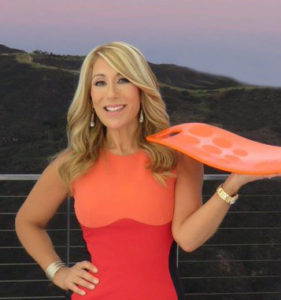 Ever watch Shark Tank? I kind of like it, despite the obnoxious sharks. I happened to notice some of the strange fashions they wear. For example, Lori Grenier wears dresses that outline her boobs. The color pattern outlines the bottom of her breasts for some reason. She has dozens of dresses that have this pattern and I can’t figure out why she feels the need to put her breasts in everybody’s face. We get it; you have a good figure. But you also have some personal dignity, yes? Even though she does sell some tacky items on TV, I don’t think she is a tacky person. She seems like a decent, intelligent person with a strong  business sense and she seems to do very well. So why dress like a daytime stripper? Just wondering. 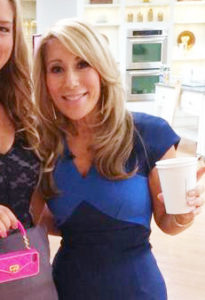 And what about this criss-cross look?  It looks like she’s wearing her bra on the outside.  Not that there’s anything wrong with that.

And then, there are the fake-figure dresses.  The idea is that if you paint a slim figure on your dress in two-tone colors, no one will notice that you are chubby. Not to say Lori is chubby, but I can imagine this on the heavier set.  BTW, from the waist up, it looks like a lobster bib… not a sexy look! 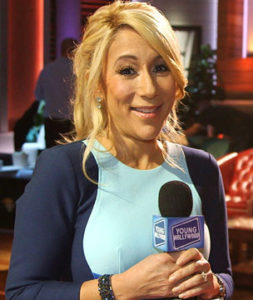 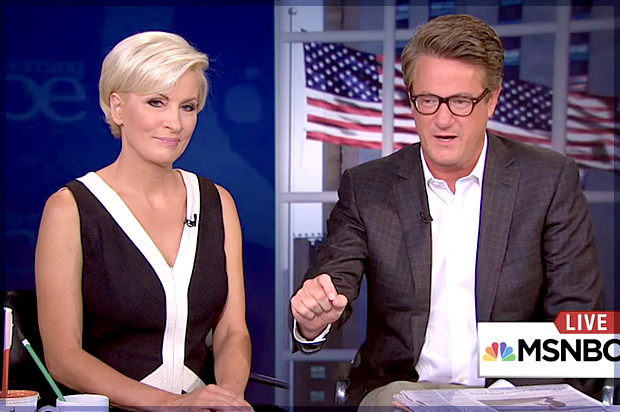 Just read another terrible review from Manohla Dargis. It is about an Israeli movie about a divorce. Her first word is that it is “hypnotic,” but soon we find out that the movie has few courtroom dramatics, is “dialectical,” and comes across as a “debate.”

If that doesn’t sound like a non-cinematic snoozer then I don’t know what does. In the world of criticism, the word “hypnotic” usually indicates the audience is spellbound, but it seems that her ongoing usage problems lead her in the opposite direction. She means “hypnotic” in the literal, medical sense, as a soporific.

But wait.  Her ultimate conclusion is that this movie “makes for a gripping cinema from start to finish…” Okay, that makes absolutely no sense.

Oh, I’m sorry: hypnotized, I didn’t finish reading her sentence. As in the past, Ms. Dargis ends her own sentence by tailing it with “almost implausibly so” as an ultra-convenient hedge. She seems incapable of choosing a criticism without then deconstructing it almost immediately. So first it is horribly boring, not unlike a barbituate, but in the end it is “gripping cinema,” yet, jeez, that sure seems implausible even though she just said it. Which is it, Manohla? You can’t have both.

If your idea of film criticism is that the criticism itself should be oozing with ambiguity, leaving the reader stuck to the paper, I think you should consider another business. Your goal as a journalist, as opposed to a theorist, is to let your readers know whether to see or not see this film. These reviews are of no help whatsoever. To constantly say it’s good, yet it’s bad, or it’s not that good, yet there are some bright moments… is to leave me, the reader, with a giant question mark over my head.

This is of no use to your readership, the movie-going public. I think you may prefer teaching at a university in a liberal arts program where ambiguity is embraceable. A good review can certainly discuss the movies inherent ambiguities, but a conclusion is still warranted. For example, “despite all of its flaws, this movie is well worth seeing.”  Fine, then I’ll decide. Ultimately, the reader will take responsibility to decide if they generally agree with the writer’s review or they don’t. For many years the critics Peter Travers and Elvis Mitchell were very trustworthy. Many people happened to agree with their judgments a large percentage of the time. You will never reach a position like that as a reviewer, because I, and perhaps others, don’t know what you said! This would be called “bad writing” in my view. One could almost say that by hedging your bets so consistently you’re merely trying to protect your job. And you have done so. It’s only your hundreds of thousands of readers who have suffered while you maintain your career. How sad.